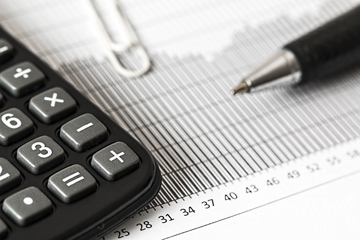 The Federal Court of Appeal recently dismissed an appeal from a Federal Court decision in Canada v. Toronto-Dominion Bank, which has serious implications and considerations for secured lenders.

The case involved a sole proprietor, who failed to remit GST owing to the Receiver General (the “CRA”). Subsequent to the liability arising, the sole proprietor borrowed money from Toronto-Dominion Bank (the “Bank”) in the form of a line of credit that was secured by a mortgage registered against the borrower’s real property. When the property was sold, the borrower paid off the outstanding loan amount to the Bank. The Bank was not aware of the unremitted GST when it made the loan, nor when it was repaid the outstanding loan amount by the borrower. It only became aware of the borrower’s liability when the CRA demanded payment from the Bank, claiming, based on the Excise Tax Act, that the Bank held the funds which it received upon the sale of the borrower’s property in trust for the unremitted GST.

The Federal Court of Appeal did confirm that a deemed trust is not created in instances where a lender has a prescribed security interest (such as a registered mortgage) in a property prior to the borrower failing to remit GST/HST payments to the CRA, which gives rise to the liability.

Finally, the court provided somewhat helpful advice to secured lenders in order to avoid the implications of the Excise Tax Act. It has suggested that secured lenders may wish to  “identify  higher risk borrowers (which might include persons operating sole proprietorships), require borrowers to give evidence of tax compliance, or require borrowers to provide authorization to allow the lender to verify with the Canada Revenue Agency whether there are outstanding GST liabilities then known to the Agency.”

The advice raises a couple of practical issues. For starters, the increased due diligence that the court has suggested be imposed on lenders will likely delay a lender’s underwriting process and ultimately cause delays in the advance of “higher risk” loans.

It may also be impractical to obtain evidence that the borrowers have complied with their GST/HST remittance obligations. A lender would be relying upon the borrower providing to it accurate records of GST/HST collections and remittances. Likewise, obtaining verification from the Canada Revenue Agency will come with an “error and omissions” qualification and is dependent on the borrower having accurately reported its GST/HST debt obligations to the CRA.

Given the broad implications of this decision on the banking industry it is highly likely that the Bank will seek leave to appeal the case to the Supreme Court of Canada.

Yianni Alexopoulos is an associate with Sotos LLP in Toronto, Canada’s largest franchise law firm. Yianni practices business law with a focus on franchising and commercial leasing. He also provides counsel on commercial and residential real estate and private wealth matters. Yianni can be reached directly at 416.572.7310 or yalexopoulos@sotosllp.com.

10 Things a Prospective Franchisee Looks for in a Franchisor

Crisis Management For The Hospitality Industry – Your Plans In Action