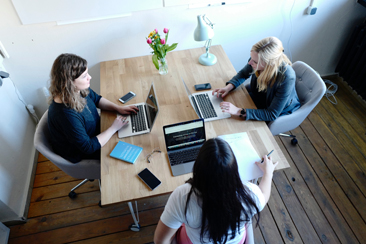 On September 18, 2019, California Governor Gavin Newsom signed into law Assembly Bill 5 (“AB-5”), which creates strict restrictions on when a business may classify a worker as an independent contractor in the State of California.

Canadian franchisors will question how an American legal development will impact their own operations north of the border. The answer is: it won’t – at least, not yet.

In the lead-up to Governor Newsom’s signing of AB-5, those involved in franchising immediately began raising the alarm on the impact it may have on the industry. Forbes, for instance, published an article earlier in September entitled “How do you Spell Trouble? California AB 5”, noting that AB-5 could be “a potential neutron bomb” for franchising.

AB-5 follows from Dynamex Operations West v. Superior Court of Los Angeles (“Dynamex”), a 2018 decision of the California Supreme Court. In Dynamex, the Court considered when a worker should be classified as an independent contractor or a full-fledged employee. As part of its analysis, the Court established a stringent, multi-pronged test (labelled the ‘ABC test’) that must be satisfied in order to successfully classify a worker as an independent contractor as opposed to a full-fledged employee. For instance, one prong of the ABC test requires the business to prove that the worker is free from its direction and control.

AB-5 codifies Dynamex, and goes even further by creating an assumption that workers in California are automatically full-fledged employees, requiring businesses claiming otherwise to successfully rebut this assumption and prove that the worker in question qualifies as an independent contractor.

The franchising industry’s primary concern with AB-5 is that the ABC test runs contrary to one of the core elements of franchising: a successful franchise system requires its franchisor to exercise a (limited) degree of control over its franchisees (and as a result, indirectly, their franchisees’ employees) to ensure a uniform standard of excellence across all franchised outlets. As a result of AB-5, franchisors’ attempts to maintain this uniform standard through their limited control of franchisees could result in the classification of franchisors, together with their franchisees, as “joint employers” of the franchisees’ employees.

In August 2019, over 160 prominent franchise brands wrote to California lawmakers warning of the impact AB-5 could have on the franchise industry. The letter notes that the brands “are gravely concerned that, if enacted as currently drafted, AB-5 could mean the death of the franchise model in California, with devastating economic consequences.” This is based on a concern that “the ‘ABC test’ for employee status which would be adopted under AB-5 fails to recognize the unique nature of the franchise model.” A copy of this letter to California lawmakers can be read here.

In response to advocacy by a variety of industry sectors, including by the International Franchise Association, the bill’s sponsor has stated that a follow-up to AB-5 will be introduced in 2020 which may introduce certain industry exemptions. Whether these changes will be responsive to concerns raised by the franchising community remains to be seen.

Should Canadian Franchisors be Concerned?

Franchisors in Canada are all too aware of the ever-present risk that they may be deemed a “joint employer” (along with their franchisees) of their franchisees’ employees. Such designation may expose a franchisor to a variety of employment-related obligations, including the requirement to provide the workers additional minimum compensation, vacation pay, overtime pay, and additional payment on termination. It may also leave the franchisor vicariously liable for the acts of these workers, despite the franchisor having limited or no involvement in their hiring, training, or management.

Nonetheless, the passing of AB-5 should concern Canadian franchisors. Proposals which partially or substantially mirror AB-5 are gaining traction in a variety of jurisdictions, both inside and outside of the United States. Moreover, Canadian systems should keep in mind that many tenets of our own federal and provincial laws (including Ontario’s Arthur Wishart Act (Franchise Disclosure), 2000) were inspired by American legal developments. AB-5’s entrenchment may inspire other jurisdictions – including in Canada – to follow suit.

Although not nearly as consequential as AB-5, Bill 148 (The Fair Workplaces, Better Jobs Act), introduced by the Wynne government prior to its defeat in the 2018 Ontario election, dictated that, among other things, in the event that a worker disputed their designation as an independent contractor, the onus would rest on the employer to prove that this employee was properly classified as an independent contractor. The Ford government’s Bill 47 (The Making Ontario Open For Business Act) later repealed portions of Bill 148, and reaffirmed the onus of a worker disputing their designation as an independent contractor to prove misclassification, but it is clear that considerations similar to the ones that drove AB-5 are gaining traction in Canada.

Although only time will tell if Canadian jurisdictions will adopt AB-5 style reforms, Canadian franchisors should continue to monitor this trend vigilantly, and continue employing best practices to shield themselves from being accidentally designated as a “joint employer” of their franchisees’ employees. In particular, franchisors should ensure that they are exercising no more control than is necessary to maintain uniform standards across their franchise systems, and review their systems and procedures to ensure they are not directly involved in the hiring, firing, training, scheduling, or overall management of their franchisees’ employees. Overreach by the franchisor can also result in franchisees losing their small business taxation treatment.

Sotos LLP has over forty years of experience providing advice to franchisors across all industries, including assisting inbound and outbound franchise systems. Jason Brisebois is an associate in Sotos LLP’s corporate law group, and is admitted to practice in both the Province of Ontario and New York State. For further information on this article, contact him at (416) 572-7323.

Planning Ahead: Coronavirus and Managing its Impact on Franchise Operations