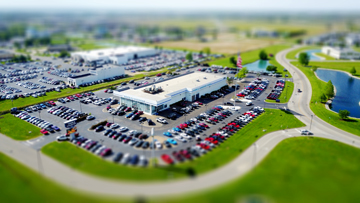 Can a Dealership Unilaterally Close its Doors During a Pandemic

On March 23, 2020, the Ontario Government deemed dealerships as “essential workplaces”, permitting them to stay open during the COVID-19 pandemic.  While the Government announcement allows dealerships to remain open during the crisis, it does not mandate that dealerships stay open. In fact, a variety of businesses that have been classified as essential workplaces by the Government have nevertheless temporarily shut down operations out of health and safety concerns to the public and employees and as a result of financial considerations.

Given the fact that the Government has permitted dealerships to remain open, it is unlikely that a broadly worded force majeure provision would relieve a dealer from operating because operations, while challenging and potentially not even profitable, have not been rendered impossible.  As such, in order to constitute a force majeure, it is likely that the clause would have to expressly refer to a pandemic of the nature we are currently experiencing in order to excuse the dealer from performance under its dealership agreement. Financial difficulties in operating the dealership would typically not be considered a force majeure.  However, if the Government goes a step further and mandates the closure of dealerships, then a broadly worded force majeure provision would likely apply since operation of the dealership has been rendered impossible.

Rather than relying on its strict legal rights, if a dealer is considering temporarily ceasing operations or fundamentally changing the nature of its operations by, for example, moving to online sales only and closing the showroom, it is best to engage the manufacturer at an early stage and before any decisions are made.  The dealer should have a frank and open dialogue with the manufacturer of why operating the dealership in the traditional manner is imposing too much of a hardship on the dealer and why temporarily ceasing operations would be the right thing to do in the circumstances, both from a financial perspective, and a health and wellness perspective. This is a difficult period for both dealers and manufacturers and so there is incentive on both sides to reach a mutual satisfactory arrangement and to compromise so long as both sides are acting reasonably.  If a temporary cessation is possible, the dealer and manufacturer should try to agree on the timelines and a plan going forward of when the dealership will fully re-open for business.  Any temporary cessation of operations agreed to by the dealer and manufacturer should be confirmed by the manufacturer in writing.

It is important to remember that a manufacturer has an obligation to exercise its rights under the dealer agreement in good faith and in accordance with its duty of fair dealing. Courts have generally evaluated this duty with consideration to the surrounding context facing the parties.  If a manufacturer is enforcing the dealer agreement in a heavy-handed manner in light of the business environment facing dealers at the present time, then arguably it is in breach of its duty of fair dealing.  Forcing a dealership to remain open in light of COVID-19, and threatening termination, could run afoul of the manufacturer’s duties of good faith and fair dealing to the dealers.

In closing, if a dealership is considering temporarily ceasing operations as a result of the COVID-19 pandemic, it is best to notify the manufacturer in advance and obtain written authorization from the manufacturer.  Given the current business climate, many manufacturers have already granted such requests, and we would expect most, if not all, to follow suit. If a manufacturer refuses, a dealership must know its legal rights before proceeding unilaterally.

This article was published in the May 2020 issue of the Canadian AutoWorld magazine.

Jason Brisebois is an associate with Sotos LLP in Toronto, Canada’s largest franchise law firm. He is head of the firm’s personal services franchise practice area, and practices business law with a focus on franchising, distribution, and licensing. He has been recognized as a 2020 “Legal Eagle” by the Franchise Times as a leading Canadian franchise law practitioner. Jason can be reached directly at 416.572.7323 or jbrisebois@sotosllp.com.