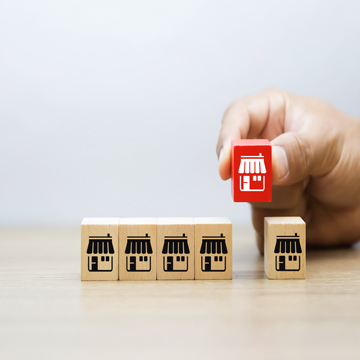 Franchise Re-sales- Everything You Need To Know

Every franchise agreement contains provisions that control how, when and if a franchisee can sell its franchised business. The reasons for this and what this means for franchise re-sales are critical to appreciate from the perspective of both franchisors and franchisees.

The decision to grant a franchise which is basically a permission given by the owner of a system involving intellectual property rights which it owns to another is highly personal. Franchisors carefully consider each franchise candidate before deciding whether to grant this permission to represent its brand to the public.

As a result, franchised businesses are not bought and re-sold like any other businesses.

Franchisees must appreciate from the time they are contemplating purchasing a franchise that the value of the business they will be building up does not belong to them alone. The franchisor has a genuine interest in at least part of that value when the franchisee is considering a possible re-sale. Franchisors can rightfully attribute part of that value to the overall success of the franchisor’s efforts to build the brand.

The drafting of the provisions of the franchise agreement relating to how, when and if a franchisee can sell its business should not be an exercise in adopting boilerplate. Each franchisor should carefully consider the options available to it for its control rights on transfers. Similarly, franchisees must understand the degree to which their franchisor can control a decision to sell before they buy. In many cases, the adage that all a franchisee is buying is a job when it purchases a franchise may be more or less applicable depending on these re-sale controls.

In the same vein, franchisors often have first rights to buy the business if the franchisee wants to sell the business or even if it receives a bona fide offer from a third party for the business. Again, franchisor buy-back rights should not be seen as boilerplate. Franchisors should carefully consider the choices available to them when their franchise agreements are being drafted.

“Sole and absolute discretion” however does not allow a franchisor to make decisions capriciously or arbitrarily when deciding whether to exercise a discretion it may have. It must act honestly at a minimum as a matter of good faith which is a legal requirement implied in and applicable to the performance and enforcement of every contract. In the six Canadian provinces that have franchise legislation, including Ontario, the franchisor must also act in accordance with “reasonable commercial standards” when exercising discretionary rights even if that discretion may be exercised solely and absolutely.

If a franchisor withholds its consent improperly, the franchisee may have a right to sue or arbitrate over this decision depending on the dispute resolution provisions of the agreement. It might even try to get an order or award forcing the franchisor to grant its consent. However, by the time a franchisee can get before a judge or arbitrator chances are it would have lost its purchaser.

A franchised business subject to a ten year contractual term and no renewal rights may by year seven of the agreement be generating healthy profits for the franchisee. But in considering the re-sale value of the business at that time, the franchisee must appreciate that it only has three years of operating time left as a matter of contract. Who will pay how much for the right to operate a business for only three years? Franchisees and franchisors may negotiate at that point how they may share the pie of the proposed sale price if the franchisor will agree to grant a new or extended term to the purchaser.

Often, on a re-sale, the purchaser may be required to enter into the franchisor’s then current form of franchise agreement as a consent condition. Franchisees will want to know what that new form contains as that may also have some relevance to business value.

Franchise agreements usually also require the franchisee to pay a fee and potentially the franchisor’s legal costs in addition to a fee as part of the franchisor’s consideration of and involvement in the transfer. Franchise agreements may even control the form and manner in which a franchisee may be allowed to list the business for sale. As the listing can impact the brand, this is an understandable requirement. Listing without first getting approval may be an act of default.

The franchisor should also have its own security in place to allow it to realize on the assets. The issue with a franchisor acting on its security is that it must exercise its secured rights as required by law which may make self dealing problematic.

Franchisors must at least have the right to operate the business using the assets (without assuming unwanted liabilities) while these issues are sorted out. The resolution may include cooperation from the franchisee.

Every franchisor should understand what it needs to go through to be able to re-sell a formerly franchised business to a new franchisee including the practicalities involved in the choices to be made when structuring the franchise agreement and security arrangements in the first place.

Lastly, in those provinces with franchise legislation, a franchisor needs to decide whether it needs to provide statutory disclosure to the purchaser. When selling for its own account, it must give that disclosure. When the sale is by the franchisee, unless all the franchisor is doing is giving its consent and not getting involved otherwise in the transaction, then there may be a statutory exemption from the requirement to disclose available to it. That exemption is quite narrow and most franchisors involve themselves in the transaction enough such that they must give disclosure to the purchaser. The failure to disclose or to disclose properly where required can be exceptionally punitive to a franchisor. The purchaser may have a right to get out of the franchise agreement within two years of acquiring the business and have its investment and other payments/losses refunded to it. Disclosure on a re-sale is not the same as selling a new unit. A franchisor is well advised to seek out experienced counsel to assist with the manner of re-sale disclosure.

In summary, the re-sale of a franchised business involves many different and specialized considerations from a usual sale of a business transaction. Those involved in franchising, from franchisors, franchisees, business brokers, and counsel must fully understand these differences and proceed accordingly.

At Sotos LLP, we have acted for hundreds of franchisors in every sector of franchising designing their system re-sale processes for more than 40 years. We have acted as counsel to franchisors and franchisees in innumerable re-sale transactions to ensure franchised businesses are properly re-sold and have acted as litigation counsel when they have not.

Please contact the writer at adjdick@sotosllp.com or Peter Viitre at pviitre@sotosllp.com to discuss best practices related to the re-selling of franchised businesses.