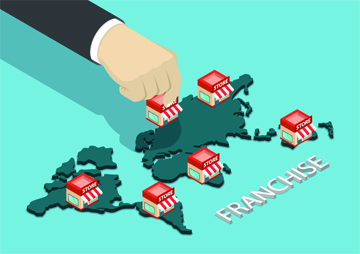 On July 16, 2020, the Government of Ontario announced that the long-awaited (but unproclaimed) amendments to the Arthur Wishart Act (Franchise Disclosure), 2000 (the “Act”) and associated General Regulation (O. Reg. 581/00) (the “Regulation”) would come into force on September 1, 2020.

The amendments (the “Amendments”) were part of a suite of amendments recommended by Ontario’s Business Law Advisory Council (the predecessor to the Business Law Modernization and Burden Reduction Council), of which Sotos LLP’s Peter Viitre was chair of the Franchise Law Working Group. The Amendments were introduced in 2017 pursuant to Ontario’s Cutting Unnecessary Red Tape Act, but have been awaiting proclamation ever since. The Amendments make select common-sense changes to the Act and the Regulation to enable franchisors to more efficiently grow and operate their businesses, while also adding clarity and precision to certain language in the Act and Regulation. Each of these Amendments is explored in detail below.

A franchisor in the Province of Ontario is not currently permitted to accept the payment of any consideration by a prospective franchisee prior to the expiry of the 14-day disclosure “cool down” period following delivery of a disclosure document. This broad prohibition prevents franchisors from collecting a monetary deposit from a prospective franchisee at any point prior to the expiry of the cool down period.

The Amendments update Section 5(1)(b) of the Act to clarify that a franchisor will be permitted to request and accept a monetary deposit from a franchisee (including by way of a deposit agreement) prior to, or during, the 14-day cool down period without contravening the Act. Franchisors should be sure to heed the requirements introduced by the Amendments, which state that a monetary deposit may only be accepted if: (i) such deposit does not exceed twenty percent of the franchise fee (up to a maximum deposit of $100,000), (ii) the deposit is fully refundable to the prospective franchisee at any point without deduction, and (iii) payment of the deposit by the franchisee does not force or otherwise bind the franchisee to enter into a franchise agreement with the franchisor.

The granting to franchisors the ability to accept monetary deposits brings the Act in line with the provisions of several other provincial franchise acts, which permit franchisors to accept deposits prior to the expiry of the appliable cool down period.

Currently, a franchisor may not allow a prospective franchisee to sign a franchise agreement or “any other agreement relating to the franchise” prior to the expiry of the 14-day cool down period. The broad wording of the prohibition prevents franchisors from taking steps to protect the sensitive information contained in their disclosure document, including by prohibiting franchisors from requiring the prospective franchisee to enter into a confidentiality agreement with respect to the disclosure document and its contents.

Prescribed Contents of a Statement of Material Change

Neither the Act nor the Regulation currently prescribes the specific content or requirements to be included in a Statement of Material Change (“SMC”). The Amendments, through their addition of Section 5(5.1) of the Act, now clarify that an SMC must include certain prescribed content, including a certificate of disclosure certifying that the SMC: (i) contains no untrue information, representations, or statements, whether of a material change or otherwise, and (ii) includes every material change. Moreover, the Amendments require that each such certificate of disclosure be signed and dated by the franchisor (if not incorporated) or by one or more officers and/or directors (if incorporated), as applicable.

Although seasoned franchisors and their legal counsel have already been including items similar to the newly-prescribed content in SMCs as a matter of best practice, the updates to the Act and Regulation add a welcome degree of certainty to the process of providing an SMC to a prospective franchisee.

Pursuant to Section 5(7)(b) of the Act, a franchisor is not currently required to provide a disclosure document to a prospective franchisee where the prospective franchisee has been an officer or director of the franchisor (or of a franchisor’s associate) for at least six months. Franchisors and their legal counsel, however, have long criticized the imprecise wording of this exemption, arguing that it is not fully evident when this exemption may actually apply. For instance, it is ambiguous whether the individual applying for the franchise in question must personally be the franchisee under the franchise agreement, or if the actual franchisee could be a corporation controlled by the former officer/director. Ambiguity such as this left many franchisors unwilling to risk relying on this exemption for fear of a future claim against them.

With the added clarity provided by the Amendments, we expect to see franchisors increasingly willing to rely on this disclosure exemption, when applicable.

Disclosure Exemption for Franchise Investments under $15,000

The Amendments update the Act and the Regulation to specify that this disclosure exemption will instead be available when the “total initial investment” (as opposed to the “total annual investment”) of the prospective franchisee does not exceed $15,000 (as opposed to the current $5,000 limit). The “total initial investment” must be calculated prior to the grant of the franchise to the prospective franchisee, and must include: (i) any deposits or franchise fees, (ii) an estimate of the costs for inventory, leasehold improvements, equipment, leases, rentals, and other property necessary to establish the franchise, and (iii) any other costs or estimates of costs associated with the establishment of the franchise.

The Amendments add considerable clarity to this exemption, and significantly increase the dollar amount threshold under which this disclosure exemption applies. We expect to see this exemption used more frequently following the Amendments taking effect, as it will permit the granting of small franchises that may not have been previously viable due to the costs of complying with the requirements of the Act and the Regulation.

Disclosure Exemption for Investments over $3,000,000

The Act and the Regulation currently provide that a franchisor is exempt from providing a disclosure document to a prospective franchisee when said franchisee is investing over $5,000,000 as part of their purchase of the subject franchise.

The Amendments amend the Act and the Regulation to specify that this disclosure exemption will instead be available when the “total initial investment” of the prospective franchisee is in excess of $3,000,000 (as opposed to the current investment floor of $5,000,000). Similar to the previous exemption above, the “total initial investment” amount must be calculated prior to the granting of the franchise and consist of the costs or estimates of the costs associated with the establishment of the franchise.

Updates to the Regulation

The Amendments provide further clarity regarding the applicable accounting standards upon which franchisor financial statements (for inclusion in its franchise disclosure document) must be prepared.

The Amendments provide that a franchisor’s financial statements, when prepared on an audited basis, will be permitted to be “prepared in accordance with generally accepted auditing standards as set out: (i) in the CPA Canada Handbook – Assurance, (ii) by the Auditing Standards Board of the American Institute of Certified Public Accountants or the Public Company Accounting Oversight Board of the United States, as applicable, or (iii) by the International Auditing and Assurance Standards Board.”

Likewise, when the financial statements in question are prepared on a review engagement basis, they will be permitted to be “prepared in accordance with generally accepted accounting principles that meet the review and reporting standards applicable to review engagements as set out: (i) in the CPA Canada Handbook – Accounting, (ii) by the Financial Accounting Standards Board of the United States, or (iii) by the International Accounting Standards Board.”

Removal of Reference to “Service Marks”

Finally, Sections 6(9) and 6(14) of the Regulation currently contain references to the term “service mark”, as franchisors are required to disclose in their disclosure document certain information regarding their use of service marks as part of their operations. The Amendments strike references to “service marks” in the Regulation, as this concept arises from American trademark law and has no applicability under Canadian law.

Not surprisingly, the coming into force of the aforementioned Amendments have the ability to substantially reduce the regulatory burden on franchisors and franchisees alike, while also providing additional clarity regarding the specific requirements of the Act and Regulation. The newfound ability of franchisors to collect deposits or bind prospective franchisees to confidentiality agreements provides franchisors with substantial flexibility and confidence to continue to efficiently and securely grow their franchise systems. Likewise, the addition of certain common-sense clarifications to existing disclosure exemptions will allow franchisors in Ontario to more easily rely on these exemptions and allow them to effectively grow their systems, while providing welcome certainty to franchisors and franchisees alike.

Jason Brisebois is an associate with Sotos LLP in Toronto, Canada’s largest franchise law firm. He is head of the firm’s personal services franchise practice area, and practices business law with a focus on franchising, distribution, and licensing. He is admitted to practice law in both the Province of Ontario and State of New York. Jason has been recognized as a “Legal Eagle” by the Franchise Times as a leading Canadian franchise law practitioner. Jason can be reached directly at 416.572.7323 or jbrisebois@sotosllp.com.

Covid-19 Has Interrupted Your Restaurant Operations – Are Your Losses Insured?

10 Things a Prospective Franchisee Looks for in a Franchisor