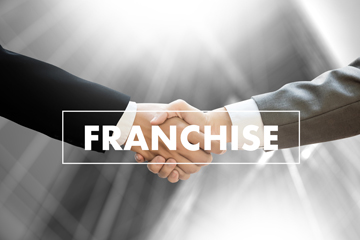 The Ontario Superior Court of Justice has just released its latest decision concerning statutory rescission pursuant Section 6(2) of the Wishart Act.[1]  The “Fit for Life”[2] decision will be of great interest to franchise lawyers.

Fit for Life confirms that the “informed investment decision” approach to the evaluation of disclosure, as discussed by the Ontario Court of Appeal in Raibex[3], should not be used in “deficient certificate” cases.

In addition, the Court has also found that written statements contained in a franchise disclosure document may constitute “representations to the prospective franchisee on behalf of the franchisor for the purpose of granting the franchise, marketing the franchise or otherwise offering to grant the franchise” sufficient to make a person a “franchisor’s associate” within the meaning of the Wishart Act.

The two individual plaintiffs in Fit for Life were interested in purchasing a “Fit for Life” franchise.  The franchisor provided each of them with a substantively identical franchise disclosure document (collectively, the “FDD”).

The first four pages of the FDD contained some prescribed information about the “Fit for Life” franchise system, such as its corporate name, affiliates, business experience, etc.  Following this information, there was an unusual signature block on page 4 of the FDD.  The signature block was signed by Samuel Davis, the sole director and officer of the franchisor, 2082100 Ontario Inc. (the “Franchisor”).  Mr. Davis testified at trial that what appeared in the first four pages of the FDD prior to his signature were his “aspirations” for the franchise system.  He testified that, by signing on page 4, his intent was to endorse the FDD in its entirety, and to be personally liable for its contents.

On page 27 of the FDD there was a heading entitled “Fit for Life Franchise Certificate of Disclosure” and various statements about the truthfulness and completeness of the disclosure document.  This page did not contain a signature block or line, and there was no signature on this page.

The corporate franchisee (the “Franchisee”) and its officers and directors subsequently entered into a franchise agreement and related agreements for the operation of a “Fit for Life” franchise.

The Franchisor failed to pay any amount pursuant to the notice of rescission, and the Franchisee commenced an action.  It named the Franchisor and Samuel Davis as defendants.  The plaintiffs sought a declaration that all “franchise agreements” had been rescinded by the Franchisee’s notice of rescission, and the payment of statutory compensation.  They also sought a declaration that Mr. Davis was a “franchisor’s associate” within the meaning of the Wishart Act, and was therefore personally responsible with the Franchisor for the payment of statutory compensation.

The plaintiffs were ultimately successful.  The Court found that the franchisor did not provide proper disclosure because the FDD did not include a certificate that met the requirements of Section 7 of the Regulation to the Wishart Act.  It further found that the Franchisee had rescinded all “franchise agreements” pursuant to Section 6(2) of the Wishart Act, and that Mr. Davis was a “franchisor’s associate”.

Two approaches to the evaluation of disclosure

The Court reviewed the Section 6(2) rescission case law.  It noted that two different policy objectives underlie these decisions:  1) informed investment decision-making, which recognizes the rights of franchisees; and 2) impressing upon those who sign disclosure documents the importance of complete and accurate disclosure, which recognizes a specific obligation on the franchisor.

The issue in Raibex related to the alleged non-disclosure of a material fact.  In considering this issue, the Court of Appeal endorsed a purposive analysis.  It considered whether the non-disclosure of a material fact negated a prospective franchisee’s ability to make a “properly informed decision about whether or not to invest in the franchise”.  The Court in Fit for Life identified that this inquiry was informed by the first policy objective:  full disclosure to franchisees.

Justice Kimmel rejected the defendants’ argument that a deficient certificate must be accompanied by additional disclosure deficiencies in order to give rise to a Section 6(2) rescission.  In so doing, she confirmed a long-standing line of case law that a non-compliant certificate, on its own, is a fatal defect amounting to non-disclosure under the Wishart Act.  This finding also suggests that each of the two policy objectives identified by the Court are important, and one cannot be ignored at the expense of the other.

In the result, the trial judge found that Mr. Davis’ signature on page 4 of the FDD did not serve the policy objective of impressing upon him the importance of ensuring the FDD was complete and accurate.  She found the evidence before the court did not support the defendants’ position that Mr. Davis intended to certify the entire FDD, but signed on the wrong page, in error.  Justice Kimmel found the absence of a compliant certificate to be a fatal flaw, sufficient, on its own, to give rise to a right of rescission under Section 6(2) of the Wishart Act.  She further found that the franchisee had properly exercised its right of rescission, and was entitled to statutory compensation pursuant to Section 6(6) of the Wishart Act.

Fit for Life has provided important guidance in deficient certificate cases.  However, Raibex’ application to cases where the alleged deficiency is the non-disclosure of a material fact will need to be clarified and developed in future cases.

The Court also considered whether Mr. Davis, the sole officer and director of the franchisor, was a “franchisor’s associate” within the meaning of the Wishart Act.

The plaintiffs first argued that Mr. Davis exercised “significant operational control” over the plaintiffs’ franchise because the Franchisor sublet the premises from which the franchise was operated to the Franchisee.  The Court refused to find that Mr. Davis, personally, exercised significant operational control based on the existence of the sublease.  The sublease was between Franchisor and Franchisee, and Mr. Davis was not a party to the sublease in his personal capacity.  The court refused to infer any level of personal involvement by Mr. Davis based on the existence of the sublease, alone.

The plaintiffs then argued that the statements on page 1-4 of the FDD, which promoted the “Fit for Life” concept, should be considered “representations” made by Mr. Davis on behalf of the Franchisor for the purpose of granting the franchise, marketing the franchise, or otherwise offering to grant the franchise.   The Court agreed and, on the basis of the “representations” on pages 1-4 of the FDD, found Mr. Davis to be a “franchisor’s associate” and therefore personally liable to compensate the Franchisee for the Franchisor’s failure to provide adequate disclosure.

The presence of Mr. Davis’ signature on page 4 of the FDD was important to the Court’s conclusion that the contents of the preceding pages were “representations” made by him.  However, the placement of his signature in the FDD was unusual.  Deficient certificate cases typically concern disclosure documents containing no signatures, at all, or the incorrect number of signatures on the certificate.  It will be interesting to see whether and how the findings in Fit for Life will be applied in future rescission cases to the question of whether a person is a “franchisor’s associate”.

The plaintiffs also made an alternative submission that, even if Mr. Davis wasn’t personally involved in the review or approval of the grant of franchise, he should be found to be a franchisor’s associate on the theory that Mr. Davis delegated his control over the franchisor to others, and these persons acted as Mr. Davis’ agents.  The plaintiffs argued that in carrying out these delegated responsibilities, Mr. Davis should be imputed with all of his agents’ actions and knowledge.

The plaintiffs pointed to the fact that Mr. Davis was the sole director and officer of the Franchisor and that the FDD, which he signed, represented that no affiliates of the Franchisor would have any dealings with the Franchisee.  They also argued that the other individuals with whom they dealt were not employed by the Franchisor.  Accordingly, the only capacity in which these persons could be dealing with the Franchisee for the purposes of the grant of franchise was as the agent of Mr. Davis.  In addition, the plaintiffs noted that Mr. Davis established the process for reviewing and approving the grant, ensured this process was followed, and was kept informed on the approval process in relation to the grant, in which he had the sole financial interest.

While employing the theory of implied agency is an interesting argument, the Court ultimately rejected it, although it left open the possibility that such an agency relationship could be present in another case.  The trial judge found in Fit for Life that it was more plausible that the persons with whom the Franchisee interacted were agents of the Franchisor, rather than agents of Mr. Davis, personally.  The trial judge noted that no authority was presented to her that Mr. Davis could not delegate his responsibilities as a director, officer, or employee of the corporate franchisor to other people, for them to exercise on behalf of the corporation.  The Court noted that the idea that Mr. Davis could only delegate his responsibilities to someone to carry out for him personally “seems antithetical to the corporate veil and recognized distinction in which officers and directors act.”

Sotos LLP acted as counsel to the plaintiffs at trial.

Adrienne Boudreau is a partner with Sotos LLP in Toronto, Canada’s largest franchise law firm.  She provides counsel to many franchised businesses, for both franchisors and franchisees, and has extensive experience litigating franchise rescission cases.

Planning Ahead: Coronavirus and Managing its Impact on Franchise Operations