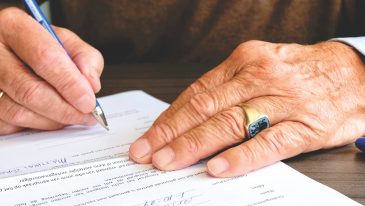 What happens if you sign a broadly worded, general release to settle an action, only to discover that, years later, a claim you didn’t anticipate comes to light?  The new Ontario Court of Appeal decision in Biancaniello v. DMCT LLP (2017 ONCA 386) provides important guidance on this matter and on the interpretation of releases, generally.

Prinova Technologies is a consulting business.  From 2004 to 2007, DMCT LLP acted as Prinova’s accountants.

Between 2006-2007 DMCT performed work on a number of matters for Prinova, for which it charged Prinova approximately $66K.  DMCT’s work in these years included structuring a “butterfly transaction” for Prinova.  In performing this work, DMCT had assured Prinova that the way the transaction was structured would result in no tax consequences to Prinova.

Prinova was not satisfied with DMCT’s work, including its work on the butterfly transaction.  It refused to pay DMCT’s bill.  Prinova claimed that DMCT’s work was unnecessary and deficient.  It also claimed that DMCT performed the work so poorly that Prinova had sustained damages as a result.

DMCT sued Prinova for non-payment of fees.  The parties settled at an early stage of the litigation.  As part of the settlement, Prinova paid DMCT approximately half of the amount DMCT had charged for its services.  The parties also executed a broadly-worded, mutual release. The release purported to release all claims “arising from any and all services provided by DMCT to Prinova through to and including December 31, 2007”.

Discovery of the unanticipated claim

DMCT took the position that Prinova had released DMCT from all liability for the butterfly transaction when it executed the release, and therefore its claim was barred.

The Court of Appeal’s Decision

Two courts agreed with Prinova.  They found that the release did not prevent Prinova from suing DMCT for this newly discovered claim related to the butterfly transaction.

However, the Ontario Court of Appeal overturned these lower courts.  It found that the release barred Prinova from suing DMCT in respect of the butterfly transaction.

In this case, the Ontario Court of Appeal provides some important guidance on releasing unknown claims.

The Court found the “released claims” were defined specifically and clearly in the language of the release; the parties had released “all claims” arising from the services provided by DMCT to Prinova up to a certain date.

The Court of Appeal rejected Prinova’s argument.  It found that Prinova had given up its rights to sue DMCT for, among other things, its work on the butterfly transaction in 2007.

Importantly, the Court found that a release need not specifically refer to “unknown claims” to release them.  The Court reasoned that “unknown claims” were included in the clear definition of “released claims”, which included all claims arising out of the services that DMCT provided to Prinova before the end of December, 2007.    The Court found that Prinova, in suing DMCT for unanticipated consequences of the butterfly transaction, was trying to sue DMCT for exactly the sort of claim that the parties had agreed to release.

The Court rejected the idea that to release unknown claims, the parties must specifically state they are releasing unknown or unanticipated claims.  In so doing, the Court rejected the lower court’s finding that “unless a release has exceptionally comprehensive language, it applies only to claims that were known to the parties at the time that it was executed. A dispute that had not emerged, or a question which had not arisen, cannot be absorbed by the words of a general release”.

How this applies to your disputes

Broadly worded release provisions may include the release of claims currently unknown to the parties.  When entering into a settlement and releasing claims, parties should carefully consider exactly what claims they are releasing and whether they want to preserve their ability to pursue any claims later.

Although this decision applies generally to the resolution of civil litigation, there will likely continue to be exceptions where specific language will be required to release some claims.  For example, in the context of franchise disputes, it is likely that, despite this new decision, express language will still be needed to release certain claims under Canadian provincial franchise legislation.

Sotos LLP’s litigators guide parties through dispute resolution.  We can help you to ensure that, at the end of a dispute, the right claims are released, and where applicable, claims that are to be preserved, are preserved.

Franchising a Cannabis Business: What is the Law and Where is it Going?