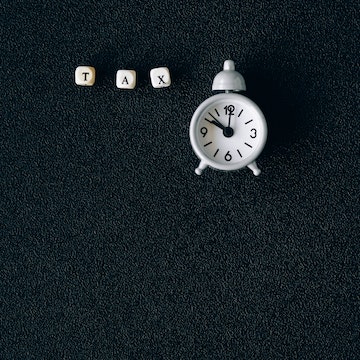 A recent analysis by Statistics Canada revealed that businesses in the hospitality sector are finding it more and more difficult to attract and retain staff:

The Ristorante a Mano Decision

Against that backdrop, a recent tax decision released by the Federal Court of Appeal could make matters worse by requiring businesses to include tips as part of an employee’s pensionable and insurable earnings under the Canada Pension Plan (“CPP”) and Employment Insurance Act (“EIA”), respectively.

The relevant facts of Ristorante a Mano Ltd. v. Canada (Minister of National Revenue) are likely familiar to most restaurant owners:

The business did not consider any part of the electronic tips received by servers to be pensionable salary and wages for purposes of the CPP, or insurable earnings for purposes of the EIA. As a result, from 2015 to 2017, the business did not take into account any portion of the electronic tips when computing its liability to make payments under that legislation.

The CRA assessed the business on the basis that a portion of the servers’ electronic tips for the 2015 to 2017 period (the Due Back Amounts actually paid by the business) should have been taken into account.

The business was unsuccessful in its challenge of the CRA’s decision and its appeal to the Tax Court of Canada. The Federal Court of Appeal similarly dismissed the business’s appeal. The Court found that because the electronic tips were initially received by the business and thereafter paid out to the servers (as distinct, for example, from the cash tips and other cash which was received directly by the servers and set-off against the Due Back Amount), this additional administrative step brought the Due Back Amounts paid to servers within the ambit of the legislation. The proportion of the Due Back Amounts paid to servers was thus considered contributory salary and wages for purposes of the CPP and insurable earnings for purposes of the EIA. These amounts therefore must be included on the employees’ T4s.

The Impact of Ristorante a Mano on Business Owners

Following Ristorante a Mano, if your business receives gratuities directly through electronic payment and then transfers any proportion of those gratuities to your staff, those payments will be caught by the CPP and the EIA and must be accounted for as required by that legislation.

Sotos LLP provides counsel and guidance to restaurant owners on all aspects of their business operations. For questions about the application of the Canada Pension Plan or the Employment Insurance Act on your business, contact Daniel Hamson, senior associate at Sotos LLP and member of the firm’s restaurant services sector.

A Guide to Understanding A Franchise Disclosure Document

The Franchise Agreement and Sublease: Siamese Twins or Independent Organisms?

Arbitration Agreements and the Franchise Dispute: the Likely, the Unlikely and the Imponderable

The Case for Employment Contracts in the Restaurant Industry

The Legal Validity of e-signatures: Updates on Ditching the Pen