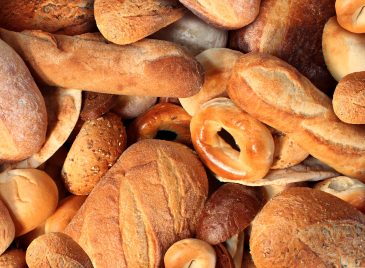 The Ontario Labour Relations Board: Canada Bread Franchisees Can Unionize

On September 14, 2017, the Ontario Labour Relations Board (the “OLRB”) rendered its decision in the hearing of International Brotherhood of Teamsters v. Canada Bread Company Limited (“Canada Bread”) in which certain Canada Bread franchisees were found to be “dependent contractors” as defined in the Labour Relations Act (“LRA”) and therefore employees of Canada Bread capable of certification.  Under the LRA, dependent contractors are a class of workers that, while hired as “independent contractors”, are considered as employees entitled to unionize because of their economic dependence. This finding is of concern to franchisors that exhibit a high degree of control, whether by contract or in practice, over their franchisees’ businesses, and has potentially serious ramifications, given that the franchise model is fundamentally structured on the franchisor and franchisee being independent contracting parties.

Criteria for Finding that Franchisees are Dependent Contractors

Canada Bread franchisees (the “Drivers”) each drove a route to deliver Canada Bread products to grocery stores and other retailers.  The franchise relationship between Canada Bread, as franchisor-manufacturer, and each Driver was a “typical” franchise relationship in many ways, including Canada Bread’s adherence to the disclosure obligation under Ontario’s franchise legislation, the Arthur Wishart Act (Franchise Disclosure), 2000, each Driver being a separate, incorporated entity, and each Driver being responsible for the day-to-day operations of its business.  However, the OLRB found that the following criteria made the Drivers “dependent contractors” of Canada Bread:

In finding that the Drivers were dependent contractor employees of Canada Bread, the OLRB opened the door for Drivers to unionize and assert rights under the LRA.

There are unique and important circumstances in this case.  Just as many franchisees employ employees to expand their franchises’ business opportunities, some of the Drivers also hired “helpers”. In hiring a helper, a Driver could not be the helper’s employer and at the same time be a “dependent contractor” employee of Canada Bread, which would exclude the Driver from the certification finding. However, since these Drivers’ helpers were only used to help the Drivers “make ends meet”, the OLRB found that the Drivers were still dependent contractors.

Canada Bread has requested a reconsideration of the decision, and written submissions are in the process of being exchanged as of mid-November 2017. (It may be some time before we have a final ruling on this case, as the OLRB does not overturn its decisions very often and we may expect Canada Bread to seek a formal judicial review.) This decision stands as an important warning to franchisors that exert a significant degree of control over aspects of a franchisee’s business. While control is a necessary to a franchisor, certain levels of controls could result in a franchisee meeting the criteria of a “dependent contractor” for labour relations purposes.

At Sotos LLP, we regularly assist franchisors by advising them on the design of their systems to maximize appropriate controls while minimizing unintended consequences that such controls can bring.

Should you trade-mark your logo, name, or both?

Delivery Apps in Restaurant Franchising: How to Deal with Brand Protection?