The Proper Use of Releases to Defeat Franchisee Claims - Sotos LLP 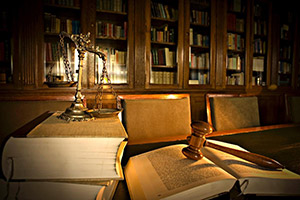 The Proper Use of Releases to Defeat Franchisee Claims

A recent franchise decision from the Ontario Superior Court of Justice has helped clarify the scope of allowable releases in the franchise context and the exception of the non-waiver provision contained in section 11 of the Arthur Wishart Act.  The decision also touched on several other important disclosure topics.

The franchisee signed the Franchise Agreement on February 23, 2015. At the same time, it also signed an agreement of purchase & sale to purchase the assets from the franchisor, a development agreement and a sublease with an affiliate of the franchisor.

On May 13, 2016, the franchisee delivered a notice of rescission for several alleged deficiencies, including that the certificate did not contain the signature of any directors or officers of the franchisor.

The first issue the court had to decide as a threshold issue was whether the release given in the June Amending Agreement was valid.  The franchisor argued that the release was valid under what has come to be known as the “Tutor Time exception” because it was given: (i) in the settlement of a dispute, (ii) with knowledge of the facts that were relied upon by the franchisee in support of its statutory right of rescission, and (iii) with the benefit of legal advice.

The franchisee argued the Tutor Time exception did not apply and that the release was void under section 11 of the Wishart Act.

In terms of the first requirement under the Tutor Time exception, the franchisee argued that the release had to be in relation to the dispute being settled. As such, the franchisee argued that the release should be limited to the disclosure obligations of the franchisor associated with the June Amending Agreement which resolved the dispute.  The court disagreed and found that there was a dispute over whether the franchisee could close the APS, which dispute was resolved through the provision of a loan to the franchisee. The court held that it would be inequitable for the franchisee to resile from the agreement to release all existing statutory disclosure claims and rely on section 11 after having secured the benefit of the loan and their ability to open up the location without paying funds due on closing.

Lastly, in terms of the third requirement under the Tutor Time exception, the court disagreed with the franchisee’s claim that the release had to be supported by a certificate of independent legal advice. Rather, the evidence was that the franchisee had legal advice throughout, and this was acknowledged in the June Amending Agreement even without a certificate of ILA.

Although the court found the release was a complete defence to the rescission claim (and all other claims relating to facts prior to the June Amending Agreement), the court still addressed the alleged disclosure deficiencies in the disclosure document given to the franchisee. This included addressing: (i) the validity of the certificate contained in the FDD; and (ii) the piecemeal disclosure received by the franchisee.

In any event, the court found that even if these deficiencies existed, they were all released in the June Amending Agreement.

Sotos LLP was counsel to the franchisor in this action.

Andy Seretis is a senior associate with Sotos LLP in Toronto, Canada’s largest franchise law firm.  Andy practices commercial litigation with a focus on franchising and automotive disputes. Andy can be reached directly at 416.572.7312 or aseretis@sotosllp.com.

Crisis Management For The Hospitality Industry – Your Plans In Action