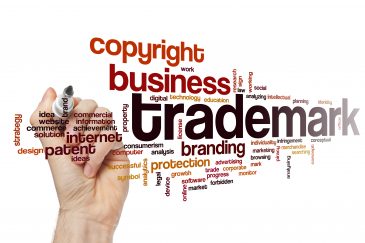 A recent decision by the Ontario Court of Appeal, Mars Canada Inc. v. Bemco Cash & Carry Inc., confirms the risks associated with unauthorized product distribution (i.e. grey marketing), and strengthens the trademark rights of brand owners. The decision also limits the well-known doctrine of “restraint of trade” which voids contracts that restrict the freedom to trade.

In Mars, the court upheld a settlement in which the parties agreed that Bemco (the grey marketer) would cease importing legitimate “MARS” chocolate bars into Canada through distribution channels that were not authorized by the brand owner and Canadian trademark holder (a licensee of the U.S. parent company that owns the well-known candy brand line). In other words, the court found that an agreement prohibiting the free flow of goods was not anti-competitive, despite that it strengthened the brand owner’s monopoly and prevented consumers from buying goods at lower prices. The court took issue with the fact that Bemco’s grey market products were improperly labelled for the Canadian market, and were therefore unfit for sale and consumption in Canada. The court also found the settlement to be in the public interest because it resolved the dispute between the parties and prevented confusion between the brand owner’s trademarked products and Bemco’s improperly labelled goods.

The practice of grey marketing (also known as parallel importing) is an unsettled area of law that involves competing public interests. From a policy standpoint, grey markets are often good for consumers: they create an alternative market with lower prices for goods that are legally produced by the trademark owner (i.e. they are not counterfeit). Trademark owners naturally oppose the practice of grey marketing because they invest significant resources into the protection of their brands in order to control the sale and distribution of their trademarked products, both at home and abroad.

In the past, Canadian courts have been reluctant to rely on trademark law to endorse a brand owner’s monopoly by prohibiting parallel imports, particularly when there is no confusion about the origin of the grey market goods. However, the decision in Mars presents a new deterrent to grey marketers and reaffirms the importance of compliance with local distribution, packaging, and marketing laws. It also brings Canada more closely in line with other jurisdictions, such as the U.S., which permit the assertion of trademark rights to curtail grey marketing practices. Finally, Mars is an important pronouncement on the limitations of anti-competitive claims by grey marketers who are often seen as “free-riders” reaping the benefits of well-established brands.

Sotos LLP works with distributors, licensors, and franchisors to help them secure and strengthen their brands in a variety of markets. We also assist individuals and corporations to secure, register, and defend their trademarks. If you are considering licensing your brand or distributing your products through third parties, start by retaining qualified and experienced legal counsel to assist you with your expansion.